I want new students of EPTworks™ to realize that when first learning the bulk of information and new skills needed to practice, you may feel like you are going slow, but you really are going at light-speed and you WILL do amazing things even as a beginner.  I remember leaving my first class almost 20 years ago, and feeling very slow at using the techniques– especially compared with Dr. Annette, the inventor of EPTworks™.  Even though she is my sister, I craved her encouragement that I could “do” EPTworks™ and help others in the way she had helped me.  She was confident that as a new practitioner, I could accomplish amazing outcomes.

The week after my first class I had my first paying client.  She was a 16 year old girl referred by a chiropractor.  The girl sat in front of me and told me her problem, “I sit down at the dinner table.  Then I have to go throw up before I can actually eat.  This has been going on daily for about two years.”  She explained how the doctors had been unable to help her control this.  She had been scoped from both ends, and she was feeling very upset.  She had visible scars on her face and arms.  She had been thrown threw a car windshield two years before and had been through several surgeries as well as still having glass coming out of some of her scars.  This car wreck happened the day before she was going to have an interview at a modeling agency.  The wreck changed the course of her life and the scars from the wreck changed any hope for her to be a model.

I had my EPTworks™ manual opened and my flow charts laying on the table beside her as I wrote down her story.  I began to methodically go through the steps one by one that I had learned a week earlier in class:  “Find It.  Fix It.  Forgive It.”  I remember working for one hour and the idea that she believed her whole life had been ruined because of this car wreck.  I had her repeat, “I forgive myself for believing my whole life is ruined because of this wreck and because I missed out on being a model.”  I kept going with EPTworks™.  Finding imbalance in her emotional body, placing the magnets as directed by the body, directing her to breathe, and then stating specific forgiveness.  She came back one more time a week later.  She said that she had only thrown up one time in that week!  This was a huge improvement from her previous experience, and she was much happier and more relaxed.

It has been almost 20 years since I took my first class to learn how to “do” EPTworks™ for myself and for my children. I attained that goal.  Beyond that I have hundreds to thousands of amazing stories where I got to help others in their healing using my skills with EPTworks™.  “Thank-you” to my sister for teaching and encouraging me to keep on practicing and helping others!!  It is an amazing journey.  And now I get to help others learn how to “do” EPTworks™!!  Thanks again Dr. Annette!

EPTworks™ BusinessWorks is a three-day training that helps you with these three steps to uncover the gold that exists in you and your business right now. 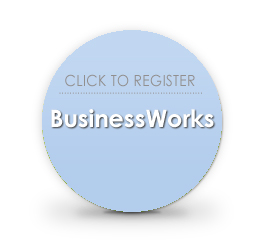