I was on a road trip and happened to be reading Barbara Brennan’s book Light Emerging.  I was reading her chapter on the seven stages of healing.  I had an incredible “aha moment” as I realized this information explained why I could have two different patients with the same symptoms and totally different outcomes.

I may have two patients with right leg pain (sciatica).  One patient responds to my brilliant care in one treatment having no more pain.  I feel like a genius doctor who can fix this problem in anyone but the next patient with this same problem comes in and I can’t get any change or healing to occur.  After learning the seven stages of healing I understood why.

So here’s the genius part:  The patient who healed was in “Light Emerging”.  The patient I couldn’t help heal was in “Depression”.  Use muscle testing to determine what stage of healing your client is in with a particular problem.  The ones in “Acceptance”, “Light Emerging” and “Creation of New Life” will get better with very little effort on your part.

For the others, in “Denial”, “Anger”, “Bargain” or “Depression”; use EPTworks™ to quickly reveal and release what it holding them back.  Voila!  You too, can be a genius healer!

Think about a problem you would like to heal and determine what stage of healing you are in with that problem. Your decision to heal will  take you on a road trip to “Creation of New Life”.  Enjoy the journey!

Much gratitude to Barbara Brennan for her great contribution to this work!

I would love to hear how you have used the stages of healing to increase the focus and speed of healing in your life or in helping others.  Please leave a comment below.

More that just making a bad feeling go away.

That point in time when you can’t locate that pain you’ve carried and depended on for a point of reference is what I sought after.  For my own pain and now for others who I’ve helped walk through the EPTworks process for 20 years.  There is that definite point in the process when the pain ceases, and there is a relief.

But what comes after the bad feeling or pain is gone?

One woman I worked on who had carried a constant headache for over 25 years, said, “I’ll go home a new wife to my husband tonight.” She left in sort of a daze.  I was also amazed and intrigued that she never came to me again after that life-altering experience.  She paid her bill and left.  Emotions and the expression of love is the focus of EPTworks, not just the ceasing of pain.  Lives change when pain ceases.  When your pain has consumed so much attention, but now it’s not there is an odd place for many.

How you change your life in loving others is a completely new place when the pain ceases.  Some just go away because they used their pain to serve an internal need to isolate from intimacy in relationships.  Recognizing the resistance in myself to grow from

limits on pleasure and gratitude to thankfulness in all things

is the greater shift away from pain.  This is more than letting go, but beginning something new and growing into a new experience that glorifies our Creator.  It feels great!  Seeing the process and going toward the points of resistance is important in EPTworks.  It becomes an amazing journey of self-awareness and courage to see that what I thought held me in it’s power no longer does.  Some statements for moving toward resistance to healing pain:

“In the last century more amazing things were found out than in any century before.  In this new century hundreds of things still more astounding will be brought to light.  At first, people refuse to believe that a strange new thing can be done, then they begin to hope it can be done, then they see it can be done–then it is done and all the world wonders why it was not done centuries ago.”
-Frances Hodgson Burnett from The Secret Garden.

EPTworks is this amazing healing tool that I use to help others and I teach them to help others the same way.  While this amazing tool involves some crazy, unconventional things like magnets, muscle response testing and guided forgiveness—-those things are just the “how” of what I do.

How this magnificent healing takes place is really insignificant to the “why” of what I do.  So it really boils down to this:

I heal broken hearts and I teach others to do the same thing,
SO you can be happier in your life.
SO you can love and accept yourself more.
SO you can feel better and live longer.
SO you can have better relationships.
SO you can make this world a more loving place.

Martin Rossman, M.D. Author of “The Worry Solution”, explains how to assess and direct your mental thoughts about worry so as to reduce unnecessary anxiety and stress.  He explains that imagination is a powerful, creative force.  Worry is that imaginative force gone awry or without properly guided direction.  Worry usually looks to the past or future to fuel it.  It can take over and direct our feelings cascading the body with chemical directives into fear, anxiety, and immobility.  When we understand how the brain learns and processes, then we can use that information to harness our own imaginative self and direct the feelings and the chemical responses that reduce anxiety and stress rather than encourage it.  This takes education of how the system works, practice of directed thinking and acknowledging new experiences of peace and calmness.

Part of Dr. Rossman’s process is to separate “good” productive worry from “bad” futile worry.  He uses the “Serenity Prayer” in his speech, “How Your Brain Can Turn Anxiety into Calmness” as a guide to show a simple way to do this.  You make three buckets for your worry:

To access the serenity or peace, you have to also access courage and wisdom.  These things do not come when fear and anxiousness are in the mind.  Taking some rest time and using the imagination can clear your thinking.  Your imagination used with laser, focused direction can change the chemicals that are producing anxiousness into chemicals that are producing peaceful, calm feelings.

Dr. Rossman gives the example that if you have a friend who is sick with cancer and you are worried about her possible death, you don’t know the outcome and there doesn’t seem to be any way for you to help.  So, your worry goes around and around.  He suggests that you might not help her, but you can help yourself reduce your anxious, futile worrying by using your imagination.  Think about what you want to happen with your friend and focus on your desired outcome.  Having a focus on a desired outcome will reduce anxiety in the mind.  The mind-body tends to go where you focus.  This is a disciplined approach to thinking especially if you have lived with or worked with a “worry wart.”  You know who they are, and you don’t want to be one!  If you are one, then have the courage to change your brain!

EPTworks is an indispensable system used by trained practitioners to quickly clear the mind of unconscious or conscious clutter getting in the way of focused thinking.  It works on multiple levels of the emotional body at the same time, creating an efficient, effective, and multidimensional approach that causes chemical changes and emotional shifts.  That’s why people feel the good effects of EPTworks often in the very first session!  The book of James 1:5 in the New Testament states:  “If any of you lacks wisdom, let him ask God, who gives generously to all without reproach, and it will be given him.” Also in James 5: 16  “The prayer of a righteous person has great power as it is working.” Whatever bad may have happened to you in your life; you can bet you don’t want to go there ever again. 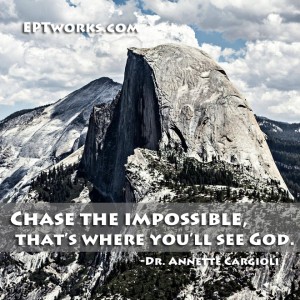 Have you ever been asked about a very touchy or hard family situation?  Maybe you came from a family that constantly yelled at each other.  Maybe you have gone through some horrible romantic break-up. Maybe your best friend betrayed you when you were in Junior High.

The truth is you never left “there”. You are still living “there”.  You are attempting to manage the pain of an old memory by avoiding the memory.

EPTworks is an amazing tool that allows you to:

The next time you have the thought, “I don’t want to go there,” realize you already are “there” and  now it’s time to forgive and let go so you can relocate your life where you want to be.

EPTworks Lifeworks Retreat is an amazing three days that allows you to “go there” and transform your life forever!

Decide NOW EPTworks™ Lifeworks Holistic Healing Escape is what you need in your life!

This is not where you thought you were going.  It’s so much better!